Tim received his conducting training at The University of North Texas under Drs. Arthur Schoep and Will May and sang in the outstanding A Cappella Choir under the direction of Hal Gibbons.

Completing his degree in music education in both instrumental and vocal music, he was subsequently the Director of Choirs and Music Department Chair at Wichita (KS) South High School.  During that same period, he sang with the Wichita Chamber Chorale (Micheal Polenz, Dir.) and was Associate Conductor of the Wichita Choral Society.

After moving to New York, Tim worked as a freelance vocalist (bass) on the church scene, later taking a position at The Church of the Heavenly Rest (Mollie Nichols, Dir.) where he occasionally appeared as a soloist in addition to co-leading the bass section.


In 2008, Tim joined C4: The Choral Composer/Conductor Collective and has since enjoyed working with colleagues in the collective to champion the choral music of our time (no works older than 25 years).  He returned to the podium with C4 for the first time in 2010 and has since become a leading conductor - heading the Conductors Committee - and conducting the group on recordings and in performances at numerous New York Venues, on educational tours, and at the 2016 American Choral Directors Association convention in Boston. 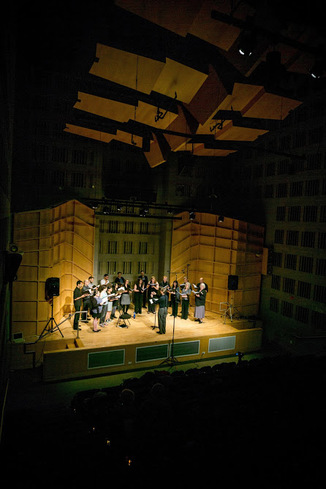